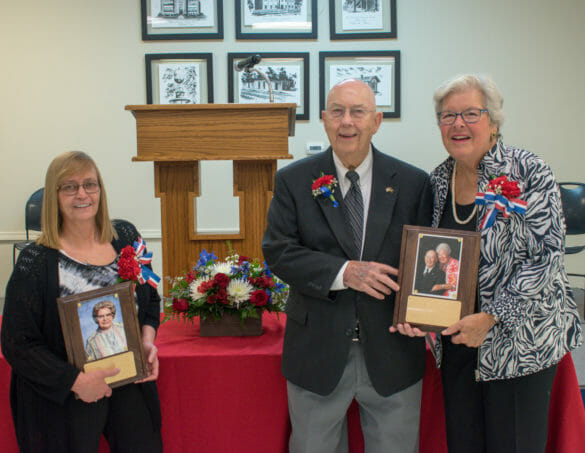 A special ceremony was held last night for the 32nd annual Senior Hall of Fame.

Hilliard’s Senior Hall of Fame was established in 1987 to honor those 65 or older for a lifetime of service, personal achievement and contributing to their communities.

All nominees have made large contributions to their communities. Wally and Barb are credited with having a positive image of aging as they continue to volunteer many hours for various organizations including the Hilliard United Methodist Church, the Historical Society, the Kiwanis Club, the Hilliard Food pantry and more.

Fern Stumpf founded the Packages for Vietnam organization in Hilliard, she also spearheaded the Vietnam Memorial Board in Hillard, she knitted hundreds of hats and mittens which she donated to the Hillard Welfare Council. Fern also started the Dee Scofield Awareness Program locally which led to the 1982 Federal Missing Children’s Act. Fern passed away in 1988.