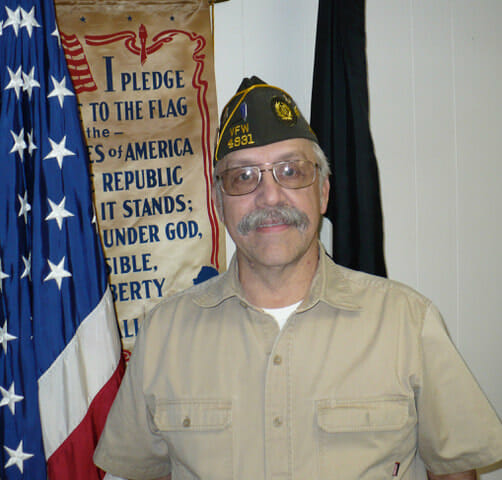 Posted October 18, 2021 in Your Community by Mary Smith

The parade begins at the Franklin County Fairgrounds, then head west on Northwest Parkway, south on Avery/Main Street, west on Cemetery Road to Scioto Darby Road, and south on Veterans Memorial Drive.

The parade will conclude with a short ceremony at Veterans Memorial in Roger A. Reynolds Memorial Park.
In previous years, the parade was held in the evening. The American Legion has moved the parade to Sunday afternoon to encourage more participants, more spectators, and more sunshine.

The Legion’s traditional — and very popular — Bean and Cornbread Dinner will be held from 4 to 7 p.m. Thursday, Nov. 11, at Hilliard Church of Christ, 4300 Avery Road. The 39th annual event includes beans with ham, cornbread, and beverages.

Grand marshal for the parade will be Paul A. Ritzenthaler, who served in the US Army from 1969-1972 with a tour in Vietnam.

Ritzenthaler attained the rank of Specialist 5. After his service, he became a respiratory therapy technician at Riverside Methodist Hospital. He then started a 28-year career with the Norwich Township Fire Department, retiring as a captain and commander of the Fire Prevention Bureau.

After Hurricane Katrina, Ritzenthaler made several trips to Bay St. Louis, Mississippi, to help with reconstruction. He also served 10 years as the financial officer for VFW Post 4931. A widower, Ritzenthaler has three adult daughters and five grandchildren.

For information about participating in the parade, visit the Hilliard Veterans Day Parade Website