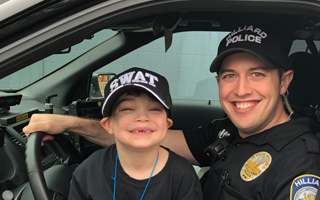 Maxwell Slaugler loves to wear his SWAT gear anyway, but he was even more excited to share it on his birthday with another “boy in blue.”

Officer Tony Agosta, of the Hilliard Division of Police, surprised the 6-year-old by attending his birthday party, held Sunday at Ten Pin Alley in Hilliard. 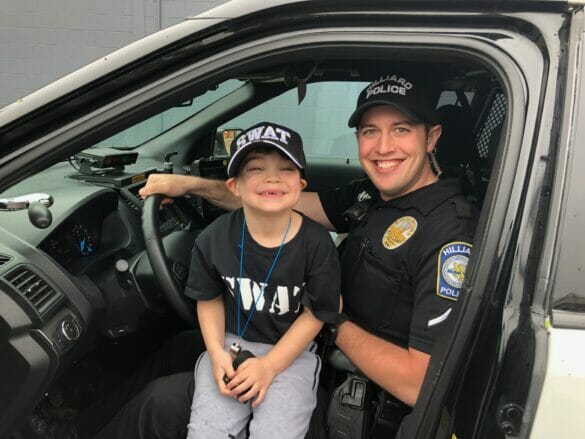 The young man, known as “Marvelous Maxwell” to his friends at Nationwide Children’s Hospital, has bravely fought some health issues, including undergoing a kidney transplant.

Maxwell loves all things police. When his parents reached out to HPD about his birthday, the agency wanted to do something special. 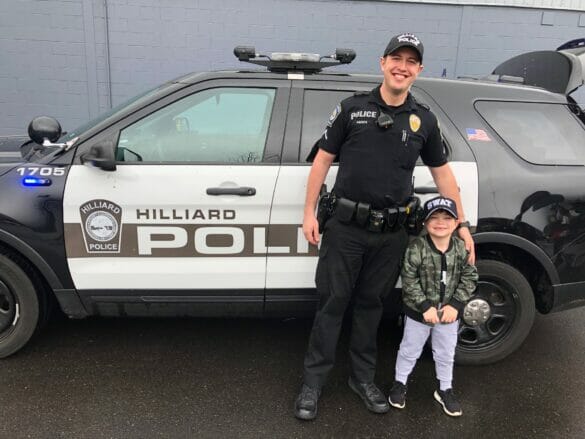 The birthday boy and his friends had the chance to check out a police cruiser up close. Everyone took home some police swag, too!

“We are so grateful to be a part of the Hilliard community,” said Maxwell’s father, Mitchell. 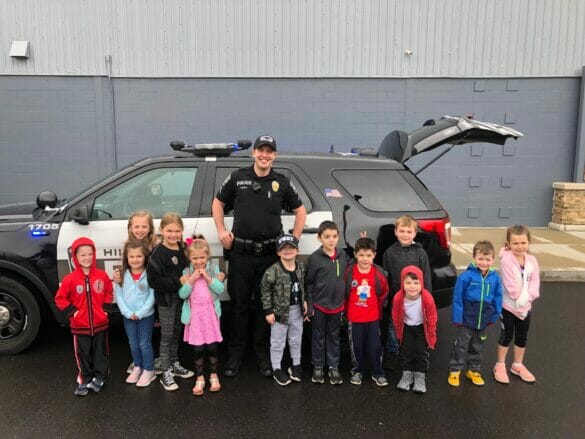