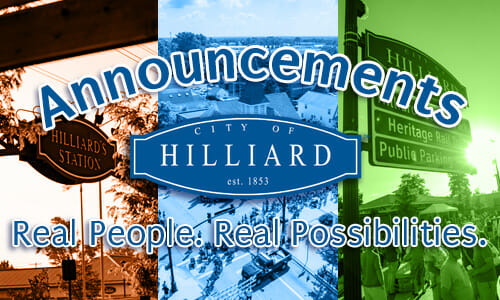 Hilliard City Council seeks to fill a vacant seat on the city’s Board of Zoning Appeal (“BZA”). The term ends Dec. 31, 2023.

Qualified candidates must be a Hilliard resident and registered to vote in this city. Residents interested in applying for the vacant seat should submit a letter of interest and resume to the Clerk of Council by April 1, 2019, at the close of business.

The purpose of BZA is outlined in the City Code in Chapter 1106. Generally, BZA rules on variances to the City’s zoning code such as setbacks for decks and fences. BZA meets, as needed based on filed applications, at 7 p.m. on the third Thursday of each month in the Hilliard Municipal Building.