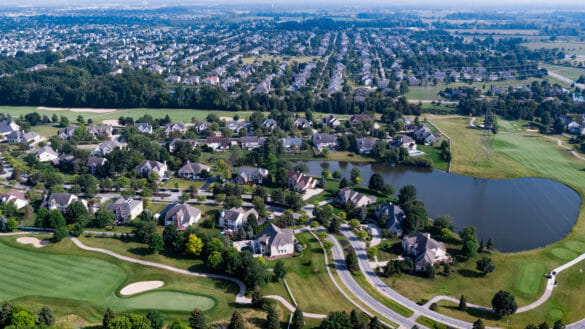 Posted February 27, 2020 in Your Community by Mary Smith

“Capital improvement projects represent significant investments into our community,” said City Manager Michelle Crandall. “Capital projects include necessities such as transportation and infrastructure, but they also create important opportunities for economic development and quality-of-life amenities such as new and improved parks.”

The capital improvements budget pays for current-year projects and equipment that have an extended lifespan, typically at least five years. That includes everything from infrastructure projects and land acquisition to the purchase of police cruisers and snow plows.

A copy of the 2020 capital improvements budget is available for review here.

As is common with the CIP, the largest expenditures encompass significant improvements to transportation.

The City transportation investments this year will include nearly $3 million for improvements to the intersection of Scioto Darby Road at Walcutt Road. The project – funded in part with a $1 million grant from Ohio Public Works Commission – will include a single-lane roundabout, street lighting, drainage, pedestrian access between Scioto Farms and Darby Glen, and resurfacing.

Other major transportation projects include:

The City continues to invest in its parks and recreational facilities. Among the projects included in the 2020 CIP are:

Council approved funding for several capital projects that will enhance safety in the community. Those investments include funding for new police cruisers and other personal safety equipment for officers, as well as necessary records management software.

Council approved $250,000 to continue work on the citywide fiber optic network. This network will promote economic development and business expansion and retention by expanding existing data and communication resources. The network also will eventually provide additional data communication capacity for other area organizations.

The CIP also includes funds for a variety of infrastructure projects, including sanitary sewer construction and maintenance, water line installation and replacement, and the ongoing detention and retention basin rehabilitation program.