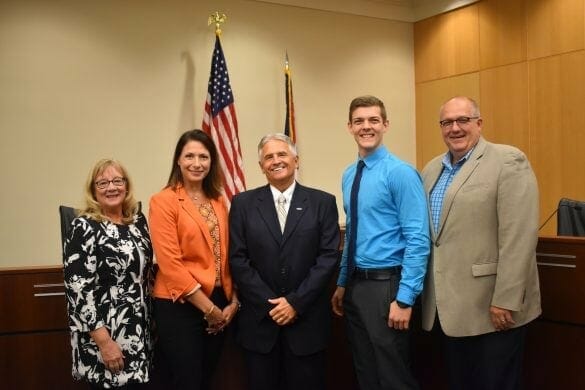 It’s been a great week as the City of Hilliard has welcomed four new police officers and two new City Hall employees. On Monday, June 11, Mayor Schonhardt swore in Matt Hayes, Andrew (AJ) Murry, Taylor Graves and Casey McManaway who will enter into the Police Academy next week and are expected to graduate this winter.