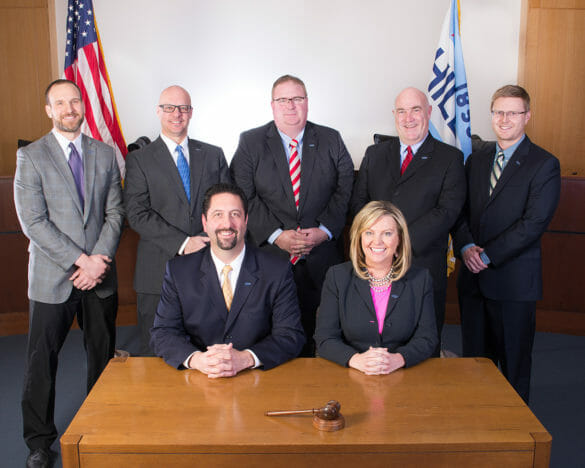 City Council took its next official step toward transitioning to its new form of government Monday night when it created a committee to begin the search process for Hilliard’s first city manager.

Council President Albert Iosue appointed fellow Council Members Andy Teater, Pete Marsh, and Vice President Kelly McGivern to the Transition Committee, with Teater to serve as chair. City administrators Julia Baxter, the City’s Director of Human Resources, and David Ball, the Director of Communications, were appointed to assist the committee with the process.

The Transition Committee will hire a professional consulting firm to develop appropriate recruiting materials, accept applications, and work with Council throughout the process. There is no timeline for each step of the process, but Iosue said there will be opportunities for community members and City staff to participate and provide feedback about the kinds of skills and qualities they believe Hilliard’s first city manager should possess.

All seven members of City Council will be actively involved in the interviews and hiring.

Hilliard’s first city manager is expected to begin work on January 1, 2020. That’s the date a voter-approved amendment to the City Charter takes effect, transitioning Hilliard from a strong mayor form of government to a council/city manager system. While a mayor is elected by voters, a city manager is a professional administrator hired by City Council to oversee the day-to-day operations of the City.

Voters approved the change to the City Charter in November 2018. Read more information about the charter amendment and how a city manager form of government operates here.