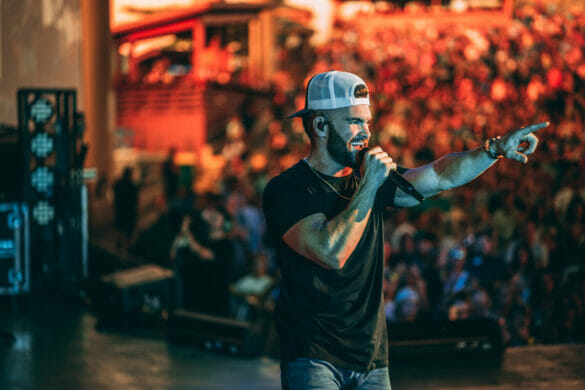 The City of Hilliard is excited to announce the return of Freedom Fest on July 2 with live music by multi-platinum country singer Dylan Scott.

Scott has two No. 1 singles, “My Girl” and “Nobody,” as well as Top 5 hit “Hooked.” The Louisiana native was nominated for iHeart Radio Music Award’s “Best New Country Artist” in 2019 and has toured with Garth Brooks, Luke Bryan, and Chris Young. He’s also known for his ode to his wife, “Nobody,” which earned him a 2021 CMT Music Award.

Opening for Scott at Freedom Fest will be Alexandra Kay and Lee Gantt.

Born and raised in the heart of the Midwest, Gantt is a singer and songwriter from Columbus who blends old-style country lyrics and new-school country melodies.

Independent country music artist Alexandra Kay’s songs and collaborations have been viewed hundreds of millions of times across Facebook, Instagram, TikTok, and YouTube. Her growing fanbase has allowed her to become friends with country music legend Randy Travis and get invited on tour by Tim McGraw in 2022.

Watch the City of Hilliard’s website, social media, and weekly “Hilliard Happenings” digital newsletter in the coming weeks for more details, including an event map, rules and regulations, and more.

Thank you to the following Freedom Fest sponsors: