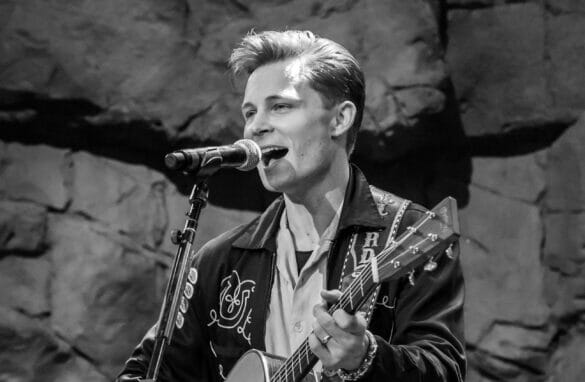 The City of Hilliard is excited to announce the return of Freedom Fest, the City’s annual celebration of America’s Independence, with live music by nationally known country-blues-rocker Frankie Ballard.

Headlining act Frankie Ballard released his latest album, El Rio, to critical acclaim and was selected by Rolling Stone as one of the 25 Best Country and Americana albums of 2016.

Opening for Ballard will be Walker Montgomery, son of John Michael Montgomery and nephew of Eddie Montgomery, of Montgomery Gentry. Montgomery’s self-penned song “Simple Town,” which was the title track of his debut EP, has already reached more than 3.6 million streams on Spotify. You may have heard his songs “Like My Daddy Done It” and “Saving For A Rainy Night.”

Freedom Fest will take place on Saturday, July 3, 2021. The lineup of activities will include the annual parade through Old Hilliard at 9 a.m. followed by a day of patriotic fun at Roger A. Reynolds Municipal Park. Attendees will enjoy live music from nationally known artists, a large kid zone featuring SuperGames, food trucks and one of the biggest fireworks shows in central Ohio.

The Franklin County Agriculture Society’s parade starts at 9 a.m. on Saturday, July 3, at the Franklin County Fairgrounds. From there it will head down Main Street, then Norwich Street, continue west on Cemetery Road, south on Main Street and end at the Hilliard United Methodist Church on Scioto Darby Road. Register to join the parade. Please note that there will be street closures in the area of the parade and parking will be limited.

The City of Hilliard’s Freedom Fest celebration will continue at Roger A. Reynolds Municipal Park starting at noon and going until the always-amazing fireworks finale.

Watch our website, social media, and weekly Hilliard Happenings e-newsletter in the coming weeks for more details, including shuttle information, our call for volunteers, an event map, rules and regulations, and more.

Thank you to the following Freedom Fest sponsors: