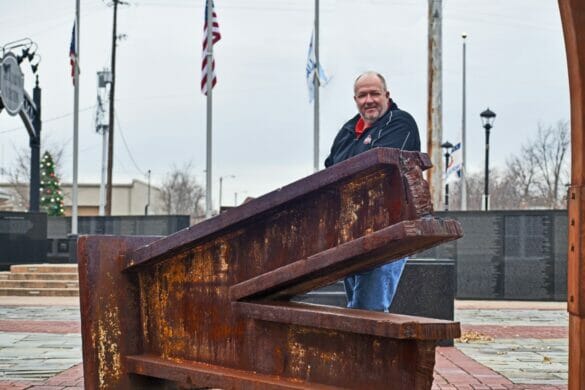 Doug Francis Retires After Nearly a Decade with Hilliard

While it may seem cliché for a man to leave a job and say the main thing he’ll miss is “the people,” it doesn’t take too long spending time with Doug Francis to know the truth of that statement.

Francis – Director of Communications and Information Technology and former Police Chief for the City of Hilliard – seems to know everybody and has enough stories to share about his 10-plus years with the City to fill a book. After a career of service, though, today is his last day with the City.

“I will definitely miss these people,” Francis said. “We have so many people who just have so much passion for their work and for this community. This place has had much more impact on me than I ever would have thought.”

Francis began his work in Hilliard in 2009 when he was hired as Deputy Chief of Police. On Francis’ first day on the job, his new boss, now former Police Chief Rodney Garnett, told him not to get too comfortable in his new office. Garnett was retiring, and Francis would be placed in charge of the department in just 90 days.

“When I look back now, I’m proud of how far we came as a police department,” Francis said. “We brought a lot of innovation. We started with simple things. Making the officers proud of their equipment with new uniforms, new police vehicles, new badges. We really worked hard on branding HPD.”

Important changes also came in the form of expanded relationships with the community.

“We worked to become more community oriented, implementing more programs like the Citizens Police Academy and finding other ways to bring our community into our facility,” he said. “Our residents got to learn about us and the work we do. I’m proud of that.”

Francis said he also is proud of the number of officers he was responsible for hiring as the department – and the community’s need for police – grew.

One of his proudest moments was when he and a team of 19 other police and firefighters traveled to New York City to bring back metal from the collapsed World Trade Center. They brought back that twisted steel, along with one of the five flagpoles that once stood in front of those buildings. The metal can be seen in First Responders Park; the flagpole stands proudly outside the Safety Services Building.

After about seven years as chief, Francis decided it was time to retire – but his time as a public servant working for the residents of Hilliard was not finished. Mayor Don Schonhardt asked Francis to stay on as City spokesperson, a role that has since expanded to serving as head of the City’s IT and Communications teams. Both of those functions have grown in the past four years. With social media, communications has grown in complexity and immediacy, and of course, technology is consistently evolving.

Now, after more than a decade, Francis is finally prepared to retire for good. He will be leaving behind all the people he has come to call friends in the City and the community, heading to Georgia for a quieter life with his wife. But part of his heart will stay in Ohio.