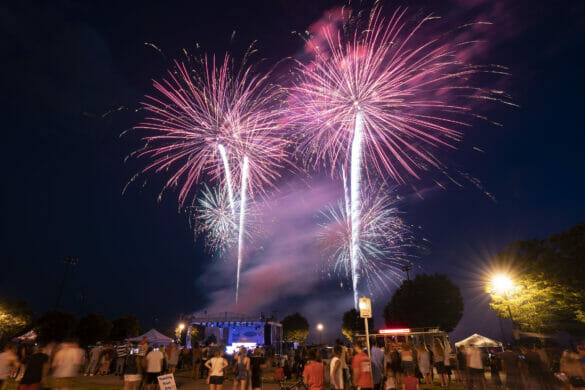 The City of Hilliard reminds residents that setting off fireworks is still illegal in our community, despite recent changes in state law.

“In light of recent legislation, Hilliard’s Law Department reviewed City ordinances and has determined our existing laws still preclude the use of consumer-grade fireworks by residents within Hilliard city boundaries,” said Phil Hartmann, City Law Director. “While the City could pass an ordinance opting out of the provisions of the recent state legislation, there is no need to. Our existing ordinances already prohibit firework use.”

In short: Existing City law says it is legal for Hilliard residents to possess fireworks, but illegal for them to use or detonate them.

Small items such as smoke bombs, sparklers, and “poppers” remain legal to use in Hilliard.

The state law in question, House Bill 172, was enacted earlier this year. H.B. 172 allows people to use consumer-grade fireworks throughout Ohio, but includes a provision allowing municipalities to pass legislation restricting firework use within their boundaries.

City Manager Michelle Crandall said Hilliard’s ordinances prohibiting fireworks are in place for the safety and well-being of our community.

“There are physical dangers associated with fireworks, not only to those detonating them but to other people, animals and property in the vicinity,” Crandall said. “Each year we hear that the noise of neighborhood fireworks causes anxiety and even panic among war veterans and residents’ pets. So, we encourage our community to have a great holiday weekend while being safe and respectful of their neighbors.”