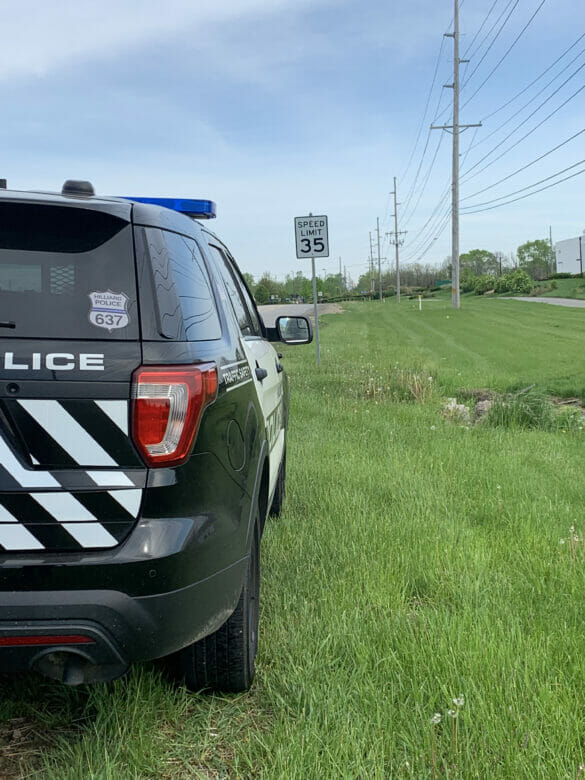 Driving over the speed limit, responding to a few text messages behind the wheel, and rolling through a stop sign may seem to be minor traffic violations, but City officials want residents to know traffic safety is important.

So important that your life depends on it.

“Speed kills,” said Letty Schamp, deputy city engineer for the City of Hilliard. “We want Hilliard to be a place where people of all ages and abilities feel safe walking or biking along our streets, so please slow down and pay attention when driving.”

It’s even more important to keep speed in mind when driving through the city’s arterial streets, where speed limits are 35 to 45 mph, Schamp said. According to a recent City study, there were 18 vehicle crashes involving pedestrians on arterial roads from 2017 to 2019 and only one such crash inside a neighborhood.

“Driver compliance with these speed limits is critical to safety within our community,” Schamp said. “While crashes in our neighborhoods are rare, speeding within neighborhoods does have a big impact on safety, livability, and quality of life.”

Hilliard Division of Police Officer Kyle Bright is a member of the Division’s Traffic Safety Unit, which focuses on enforcing traffic laws and addressing citizen complaints. The most common violations are speeding and not stopping at stop signs, but distracted driving is becoming a more concerning trend.

“We sit there and watch people drive by on their phones,” he said. “This isn’t just teens texting and driving. The majority of people who are getting on their phones are in their 30s. It’s people who know better.”

Bright also serves as a member of the Division’s Crash Investigation Team and has responded to hundreds of crashes in Hilliard during his 16-year career. The two positions are intertwined and have given him a unique perspective.

“As a member of the crash team, I see what speeding does, and I’ve seen what distracted driving does,” Bright said. “A lot of these crashes could’ve been avoided.”

The City of Hilliard is building infrastructure to slow vehicle speeds and enhance pedestrian crossings along the arterial street network to reduce serious injuries and fatal crashes. There are currently 14 roundabouts, with more planned for the future to manage more traffic at slower vehicle speeds.

The City has also installed raised crosswalks, speed humps at roundabouts in high pedestrian areas, and crosswalks with flashing lights at trail crossings, in school zones, and along mixed-use corridors to ensure crossings are as visible as possible.