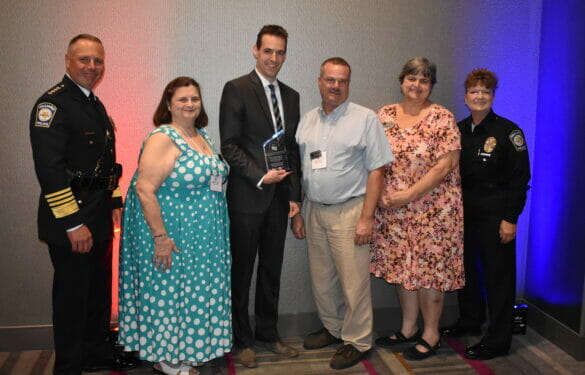 The Hilliard Citizens Police Academy Alumni Association has been named the top alumni chapter of 2019 by the national organization.

The Hilliard Citizen’s Police Academy was launched in 2009 by the Hilliard Division of Police and recently graduated its 11th class. More than 300 individuals have graduated from the 14-week program, which teaches students about the operations of the police and fire divisions.

Graduates of the program serve as ambassadors of the divisions and are invited to become members of the alumni association.

Volunteers spend their time doing a variety of tasks, including assisting officers at the Hilliard July 4 and HilliardFest events, working as “Safety Officers” at a large-scale active shooter exercise, running the EZ Child ID fingerprint machine, organizing the HPD/NTFD vs. Special Olympics softball game, making popcorn at National Night Out, photographing at Safety Town, handing out programs at the Hilliard Police Memorial Ceremony, and wrapping gifts at HPD’s Shop With A Cop, among many other activities.

He praised the command staff and Community Outreach Officer Hyda Slone, who has overseen the program since its inception, for their dedication and vision.

“I’m tremendously thankful for the opportunity that CPA provides, and even more thankful for all of the trust and support we continue to receive from the departments as we continue our efforts supporting Hilliard police, Norwich Township fire and the entire Hilliard community,” Garrido said.

Hilliard CPA’s trip to the conference was generously sponsored by Buckeye Nissan.