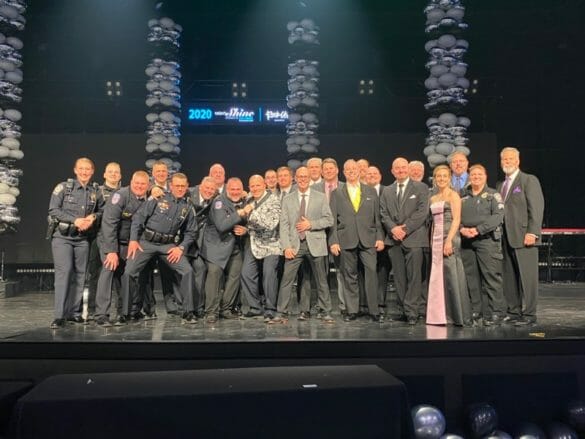 Several members of the Hilliard Division of Police recently helped deliver an unforgettable night to about 180 teens and adults as part of Night to Shine, a prom experience for the special needs community,

Night to Shine, sponsored by the Tim Tebow Foundation, is an annual event sponsored at venues throughout the country. HPD officers took part in the event hosted by Rock City Church in Hilliard.

Officers were assigned to serve as a “Buddy” to individual participants. Lt. Doug Lightfoot, one of several HPD officers to attend, spent his evening with 16-year-old Lilli Magill.

“He was outstanding,” said Lilli’s mother, Shannon, in a message to HPD. “He danced the entire night with her.”

At the conclusion of the night, each guest was crowned prom queen or king.

According to the Foundation’s website, it took 215,000 volunteers to plan the celebrations that were hosted by 720 churches in more than 30 countries.