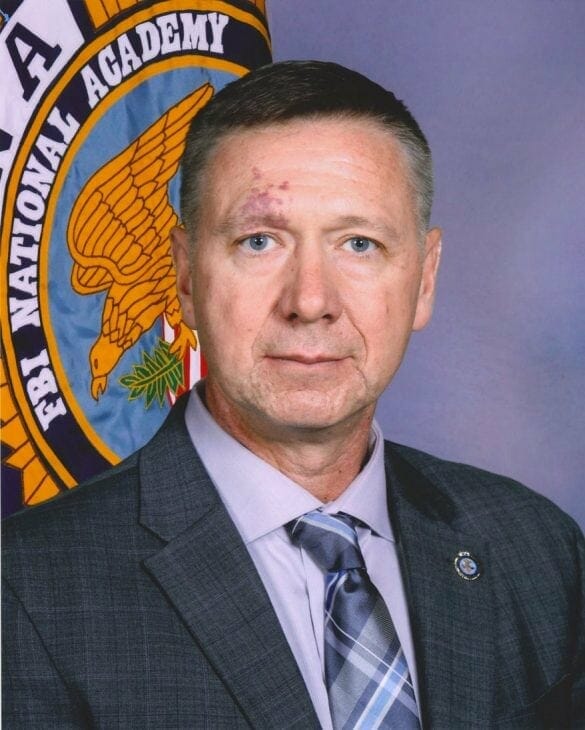 A member of the Hilliard Division of Police leadership team has graduated from the FBI National Academy, a prestigious professional development course for law enforcement personnel.

Lieutenant Ronald Clark, who has served with Hilliard police since 1992, was among 232 law enforcement officers from 48 states who graduated from the 10-week program June 8 in Quantico, Virginia, which is located about 40 miles southwest of Washington D.C.

Clark currently oversees the agency’s Bureau of Investigations. He has previously served as a lieutenant over the Bureau of Patrol Operations and as a patrol officer.

“We are extremely proud of Lt. Clark’s hard work graduating from the FBI National Academy,” said Hilliard’s Chief of Police Robert Fisher. “We look forward to having him back in Hilliard, and are confident our agency is even stronger with the knowledge and training he has received.”

Internationally known for its academic excellence, the program offers advanced communication, leadership and fitness training for selected officers serving as leaders within their agencies. On average, these officers have 21 years of law enforcement experience and usually return to their agencies to serve in executive-level positions.

Training for the program is provided by the FBI Academy instructional staff, Special Agents and other staff members holding advanced degrees, many of whom are recognized internationally in their fields of expertise.

The end of the course is marked by a final physical fitness test called the Yellow Brick Road. It is a grueling 6.5-mile run over the Marine Corps officer school’s obstacle course. The FBI describes the course as running through “lowlands, woods, muddy waters and simulated windows, up hills, over walls, under barbed wire and across a cargo net.”

Since 1972, National Academy students have been able to earn undergraduate and graduate credits from the University of Virginia due to the accreditation by the university of the many courses offered.

The FBI offers the course four times each year at the Marine base for law enforcement professionals. A total of 51,042 graduates now represent the alumni of the FBI National Academy since it began in 1935.