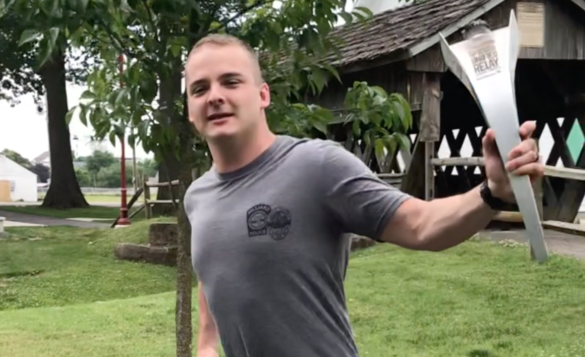 Nothing — not even a global pandemic — could stop members of the Hilliard Division of Police from supporting Special Olympics Ohio in the Law Enforcement Torch Run.

Typically, HPD hosts a leg of the Torch Run each June, with officers taking turns running through Hilliard with the Flame of Hope. Although this year’s in-person run was a virtual run due to COVID-19, HPD still raised more than $2,500 for the organization, which goes towards providing year-round sports training and competition for nearly 22,000 Special Olympics Ohio athletes.

The HPD team ranked second in the state. Officer Brandon Long, Deputy Chief Eric Grile and Officer Josh Howard were each among the top 10 individual fundraisers in the state.

“I’m incredibly proud of the HPD officers who consistently prioritize their time to support this worthy cause,” said Chief of Police Robert Fisher. “Many officers not only support Special Olympics by participating in the Law Enforcement Torch Run, but serve as coaches, volunteers and supporters during their off-duty time. We’re privileged to call members of the Special Olympics community our friends.”

This year’s event raised about $30,000, according to Jessica Stewart, Chief Executive Officer for Special Olympics Ohio. As the “Guardians of the Flame,” law enforcement volunteers contribute countless hours each year, generate ongoing awareness about the mission, and secure crucial grassroots resources, she said.

“We are incredibly grateful for the Hilliard Division of Police’s support not only this year, but every year,” said Stewart. “HPD is known as the ‘gold standard program’ here in Ohio for their year-round support of the Hilliard Special Olympics local program.”

In addition to the Torch Run, HPD and the Norwich Township Fire Department supports the local Special Olympics Team — the Hilliard Bobcats — by participating in an annual softball game and the Columbus Polar Plunge, among other activities.

“These fundraisers give our athletes and families an opportunity to socialize and build friendships with each other,” said Andrea Fogt, local coordinator with Hilliard Special Olympics. “Hilliard has been an incredible community and has supported us for many years now.”