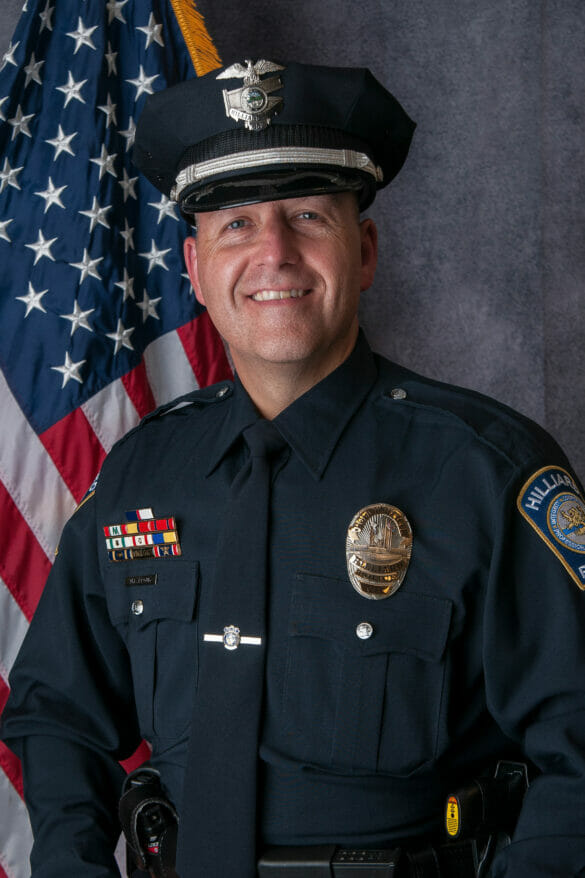 After a 25-year career in law enforcement, a Hilliard police officer celebrated his retirement this week.

Officer Mark Proud, who served the City of Hilliard for 18 years, started his new chapter on Thursday.

A veteran of the United States Air Force, Proud joined the Hilliard Division of Police in February 2000 after serving as a police officer in northern Ohio for five years.

During his career at HPD he served in a variety of positions, including as a patrol officer and the agency’s training officer — a role in which he relished. Proud served as a defensive tactics and firearms instructor, providing up to date training to his fellow officers.

Chief of Police Robert Fisher told attendees at Proud’s retirement ceremony that he recalls meeting the training officer on his second day, and was immediately impressed by Proud’s skill and knowledge, but mostly his teaching abilities.

Proud became a familiar face in the Hilliard community as a participant in the agency’s Citizens Police Academy and Women’s Self Defense programs. He could also be spotted at various businesses, schools and the senior center providing training to community members.

The officer was also a founding member of the agency’s Honor Guard, and traveled with the unit to Washington D.C. in May 2017.

Proud and his wife, Tracy, plan to enjoy retirement while remaining in Central Ohio. 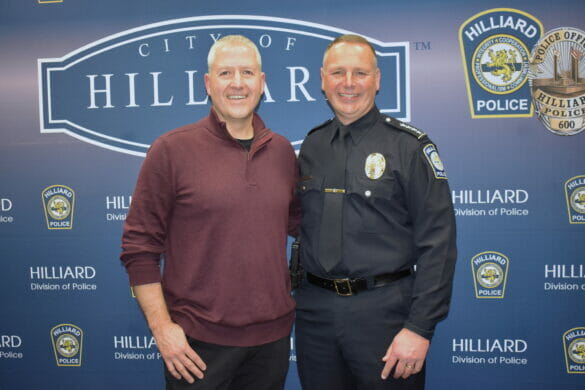