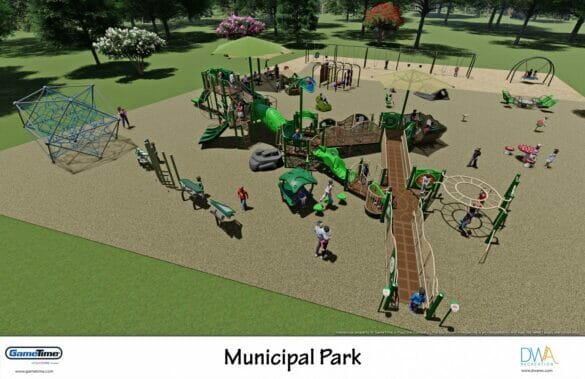 Municipal Park playground to be completed by end of summer

The new playground equipment at Roger A. Reynolds Municipal Park is now scheduled to be completed later than planned.

The project was initially expected to be finished by the end of June, but large amounts of rain have delayed construction.

City crews expect the new playground to be finished and opened to the public by the end of summer.

Once complete, the handicap accessible playground at Roger A. Reynolds Municipal Park will feature a bonded rubber surface throughout, multiple styles of swings for all ages, an Omni climber with rope, benches, and more.