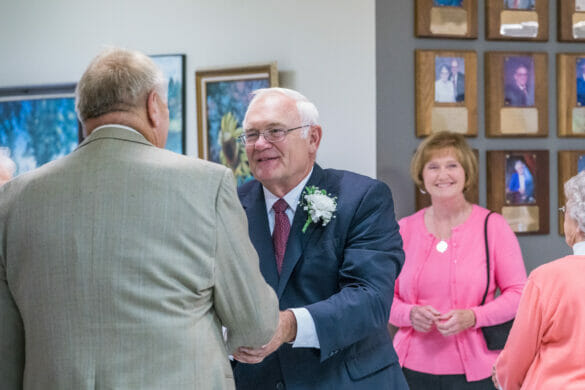 Honored for a lifetime of service, personal achievement and a positive image of aging, one or two senior citizens are inducted to the Hilliard Senior Citizen Hall of Fame biennially. Nominees may be living or deceased and should exemplify how senior citizens contribute to their communities and respond creatively to retirement.

Nomination forms are available online, at the Senior Center, the Hilliard Community Center and the Hilliard Municipal Building through the month of June. Decisions will be announced in August. This year’s induction ceremony will be held Wednesday, October 6.

“This is the way to honor senior members of the Hilliard community,” said Hilliard Senior Citizen Hall of Fame Coordinator Melissa McKenzie. If you say ‘Hilliard’ and think of a certain person, that’s a perfect candidate for the Senior Hall of Fame.”