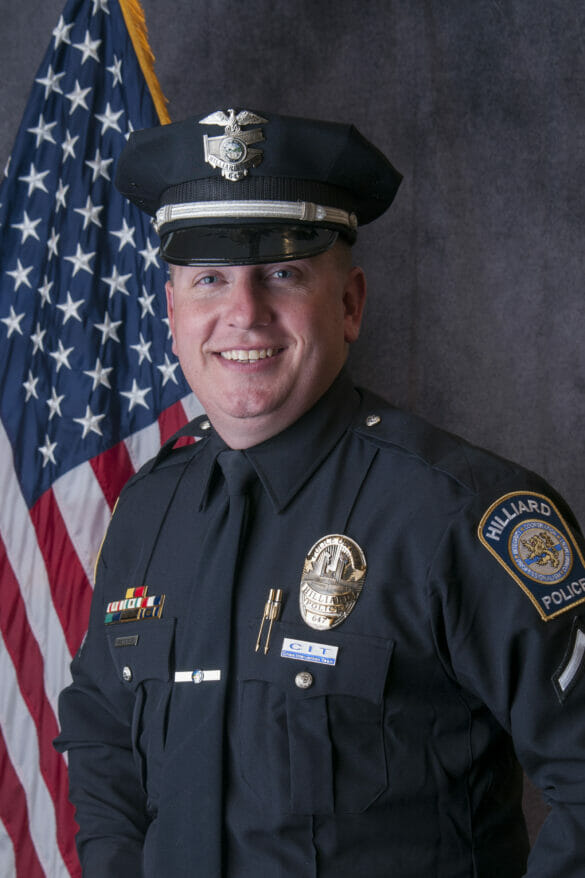 A Hilliard police officer who has been instrumental in mentoring many officers working third shift was recognized as a “STAR” of law enforcement.

Officer Ryan Turner was recognized during the Franklin County Sheriff’s Office STAR awards ceremony on Friday, Oct. 16. He was nominated for the award by Hilliard Chief of Police Robert Fisher.

The officers recognized for the “STAR” award should be the epitome of a law enforcement officer, according to the Franklin County Sheriff’s Office. The officer should be of high ethics, good character, and go above and beyond for the residents within their jurisdiction and Franklin County.

Officer Turner has been an officer with the Hilliard Division of Police since 2008, predominantly working third shift patrol. He has served in many capacities, including being an officer in charge and a field training officer and serving as a member of the crash investigation unit and bicycle unit.

“These assignments have given him a great opportunity to impact the future of the organization by developing his teammates and he has performed these duties with enthusiasm and a passion for the community,” Chief Fisher said. “He not only works hard for himself but makes himself available for assistance when other officers are in need.”

Sgt. Tyler Harris, who worked alongside Officer Turner for several years, said it was an honor to serve alongside him.

“A lot of officers at the department can credit him for the successes they have achieved,” he said.  “I am extremely proud of Officer Turner and am honored to serve with him at HPD.” Officer Turner has received various commendations during his career, ranging from his work arresting impaired drivers to advising residents of open garages in the middle of the night.