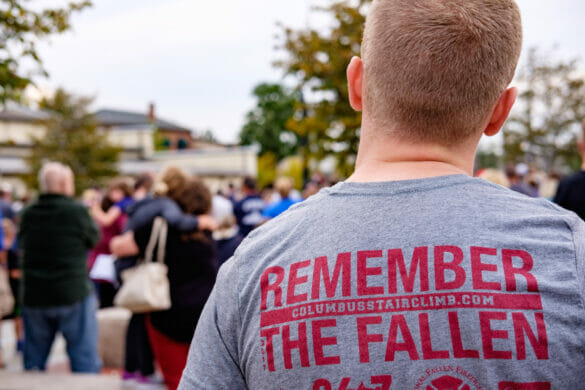 Join First Responders upon sacred grounds for a moment of remembrance and reflection as our country observes the 18th anniversary of the 9/11 attack.

The Hilliard Division of Police and Norwich Township Fire Department will partner once again to host the City’s annual 9/11 Memorial Ceremony. The event will take place at 7 p.m. on Wednesday, Sept. 11, 2019, at First Responders Park.

Located in the center of Old Hilliard at the corner of Center and Main streets, First Responders Park is local monument built for a national impact. The park contains original artifacts from sites in New York City, including a portion of subway rail and twisted beams of steel from the World Trade Center buildings.

The park is a place to remember, to visit, and to mourn, as well as to be a public show of appreciation for all those who give their lives to protect those in their communities.

The ceremony will include remarks by Hilliard Mayor Don Schonhardt and Hilliard Chief of Police Robert Fisher.

Students from Hilliard Davidson High School’s band and “Blue Kids on the Block” choir will perform the singing of the National Anthem and the playing of “Taps.”

The event is free and open to the public.