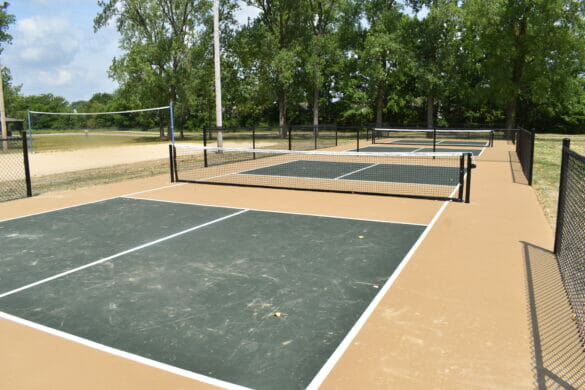 Two pickleball courts have been installed at Roger A. Reynolds Municipal Park between the tennis and basketball court.

Pickleball is a paddle sport that combines elements of tennis, badminton, and Ping-Pong, according to the USA Pickleball Association. The growing sport is popular among people of all ages – teenagers and senior citizens can be seen utilizing the new courts.

Ed Merritt, Director of Recreation and Parks Department, said plans for the courts began two years ago after the City noticed the game was a big hit among Hilliard residents, especially senior citizens.

“The pandemic slowed construction down, but I’m glad the courts are ready to be utilized,” said Merritt. “It’s vital in this COVID-19 environment to grow local outdoor recreation opportunities.”

Each pickleball court can accommodate four people who play in teams of two. The Recreation and Parks Department plans to add new leagues and tournaments soon. Players need to bring their own balls and paddles.