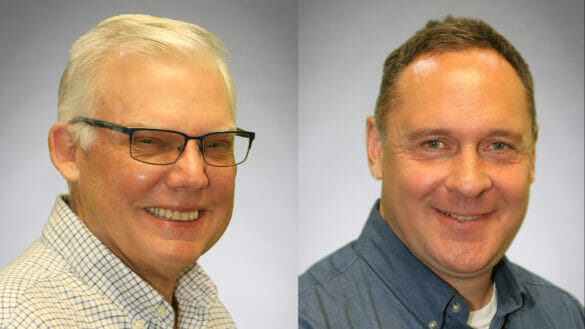 Don Barlow and Jeff Cox have been hired to add to the City’s growing community development team.

Barlow will serve as an Electrical Building Inspector in Building Standards division and Cox will be a Project Engineer in the Engineering division. They both come to Hilliard with extensive experience in their respective fields.

Barlow has worked in maintenance engineering for 30 years and also served as a firefighter for the City of Columbus for 34 years. Most recently, he worked as a Project Manager for Romanoff Electric and previously as an Electrical Inspector for Toole and Associates. In addition, Barlow held the same job in the government sector as an Electrical Inspector for the City Grandview Heights, City of Reynoldsburg, and Whitehall Electric for 23 years.

“It’s kind of come full circle for me because years ago my father did the electrical inspections for Hilliard on a contract-basis,” Barlow said. “I love the community here, it’s grown and changed so much over the years and is a terrific place to work.”

Cox, a Plain City native, graduated from Ohio University with a degree in Civil Engineering and has been working in the field for the past 29 years. Since 1998, he’s served the City of Columbus as an Engineer in the Division of Sewerage and Drainage.

Cox’s primary duties will be to review private development plans and utilities.