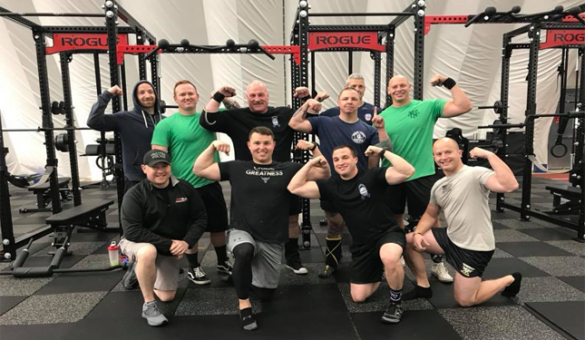 Penny for a Pound

Several Hilliard police officers will be among those lifting up the community and Special Olympics of Ohio this weekend during the Fourth Annual Penny For A Pound fundraiser challenge.

The event is scheduled for 8 a.m. to noon Saturday, March 23, at the Bo Jackson Elite Sports facility, 4696 Cosgray Road in Hilliard.

The Hilliard Division of Police and the Norwich Township Fire Department are joining forces with other first responders around Ohio for this weightlifting fundraiser, which was started in 2016 by Hilliard police officers.

In the past, this event has benefited the Hilliard Food Pantry, Get Behind the Badge (which supports family members of fallen officers) and Nationwide Children’s Hospital. This year, the fundraiser is supporting Special Olympics of Ohio.

Special Olympics athletes and some professional powerlifters will be in attendance. They include Matt Wenning — one of only a handful of people to hold an all-time world record of 2,665 pounds in the 308-pound class — and Brooke Sousa, the title holder of the “World’s Strongest Woman.”

Here’s how the fundraiser works: