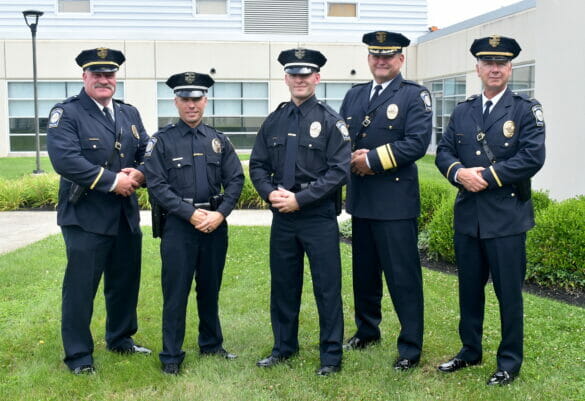 Two new Hilliard Division of Police officers are among 52 young men and woman who took the oath to protect and serve as graduates of the 135th class of the Columbus Police Training Academy.

“To wear the uniform of a Hilliard police officer is a significant accomplishment and demonstrates a person’s willingness to accept the challenge of making this community a better place to live, work and play,” said Chief of Police Eric Grile. “We look forward to the Hilliard community getting to know these officers.”

HPD’s Officer Showalter received the Scholastic Award for graduating with the highest grade in the class, a 97 percent.

The new officers have begun their three-month field training with the division and are expected to begin patrolling the streets of Hilliard this fall.

For more information on how to become a member of HPD, visit WearTheHPDBadge.org.