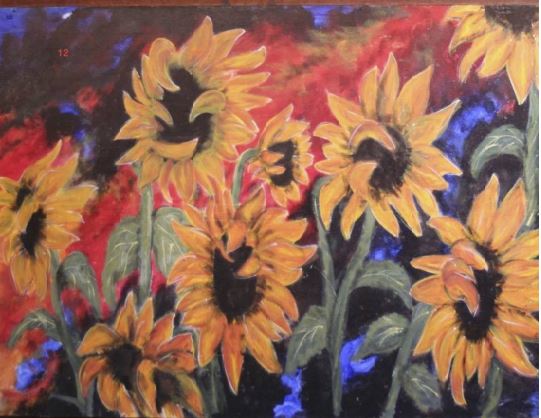 Artists submitted their sunflower-themed proposals in early 2022. Shortly after, the commission chose eight designs to use as decorative covers on traffic signal control boxes along Cemetery Road and in Old Hilliard.

The original sunflower traffic box covers were so popular that HPAC decided to use 10 of the artist applications that were not chosen in the first round to cover other bare boxes around the City.

“We had so much positive feedback after the last round of art was installed – it was overwhelming!” said Kelley Daniel, Hilliard Public Arts Commission Chair. “Since everyone really enjoyed the sunflowers, we said, ‘Why not add more?’”

Daniel stated that a wide variety of folks submitted proposals, including senior citizens, Hilliard City Schools students, and residents of nearby communities.

The new traffic signal control box covers are expected to be installed this October at the following intersections: