The City of Hilliard maintains hundreds of miles of roads during winter months by de-icing, plowing, and dispensing salt.

All City of Hilliard streets receive snow removal service according to the following priorities that have been established based on traffic volumes and speeds:

Major arteries are salted and plowed first. These streets will continue to receive treatment as long as weather conditions continue.

Minor arterials include the Main connecting roads and roads through subdivisions. These streets will be plowed and salted once priority 1 streets have received treatment.

Residential streets that generally go through residential neighborhoods will be serviced once priority 1 and priority 2 streets are cleared. These are generally not included in salt routes.

Cul-de-sacs, courts, and non-through streets and alleys paths will be cleared, if necessary. These are not included in salt routes.

City parking lots, sidewalks, curb ramps, and paths are the final areas to be cleared.

Residents can assist the snow plowing process in several ways:

Residents are asked to keep their sidewalks and driveway aprons free of snow and ice during winter weather.

The system uses in-truck GIS technology to log and share data in real-time for that truck. Some of the trucks even sport unique names chosen by the community.

The web application will allow residents to go online during a snow event to see each plow’s location, direction and plow and spreader status.

“Every plow is different and naming them makes it easier and more fun for us all to track,” Lester said. 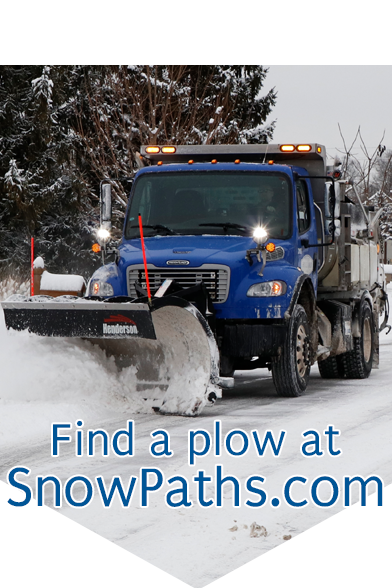 Track Our Snowplows!
Accessibility by WAH