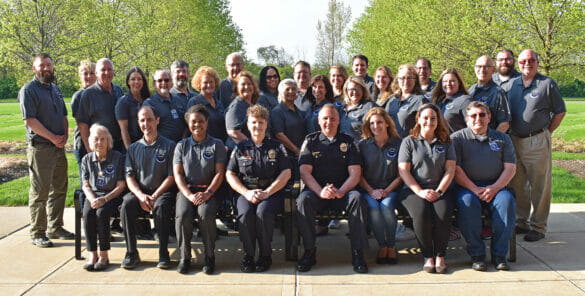 Posted May 31, 2019 in Police by Andrea Litchfield

High school seniors aren’t the only people becoming graduates this season in Hilliard.

A total of 32 individuals completed the Hilliard Division of Police’s Citizens Police Academy (CPA) program. They are members of the program’s 11th graduating class.

Students attended a three-hour class every Tuesday for 14 weeks. They learned about various police operations, including how to conduct a traffic stop, investigate a crash, collect evidence from a crime scene, operate a speed radar gun, shoot in the firing range, and much more.

Additionally, students learned about the operations of the Norwich Township Fire Department and participated in ride-alongs with both agencies.

“We’re happy to welcome the newest members of our HPD family,” said Chief of Police Robert Fisher. “This program is a tool to build understanding and trust between residents and police.”

The agency offers the academy once per year. The 12th class is expected to begin in February 2020.

Those interested in joining the next class should fill out an application and email it to PoliceInfo@HilliardOhio.gov.