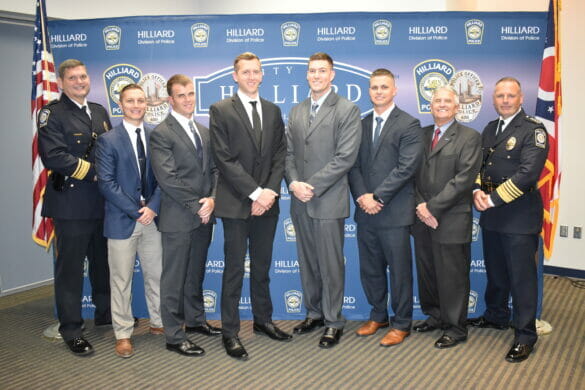 Five new police officers were sworn into the Hilliard Division of Police on Monday.

One by one, the officers raised their hands and recited the oath of office as a room filled with their loved ones and Hilliard officials looked on.

Officers John Harden, Ben Jackson, Ian King and Chris Crabtree will enroll into the Columbus Police Academy next week, where they will spend the next 28 weeks learning police operations. They are expected to graduate in January.

Officer Steven Persinger, who recently graduated from the academy, will begin his 14-week field training at Hilliard police next week.

This is the most officers the agency has hired at one time, according to Chief of Police Robert Fisher.

“We’re excited to welcome these five officers into our HPD family,” said Fisher. “They bring a wealth of experience, and we look forward to our community getting to know them.”