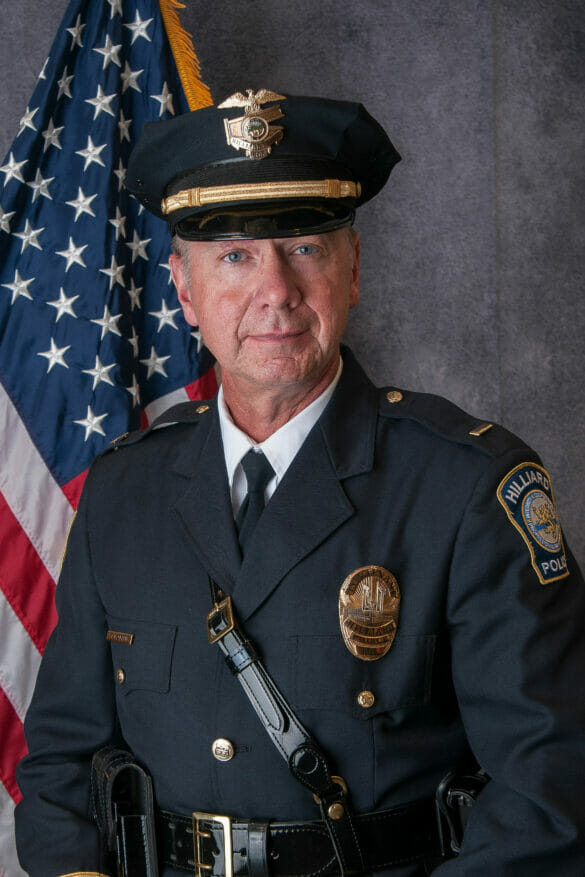 A veteran member of the City of Hilliard’s Division of Police has been named Deputy Chief of Police.

Ron Clark, who brings nearly three decades of experience and leadership with HPD, was appointed to the position by Chief of Police Michael Woods.

Clark will be sworn in at 2 p.m. Tuesday, July 5, at the Safety Services Building, 5171 Northwest Parkway, Hilliard. The public is invited to attend the event.

Chief Woods, who was named police chief in May, said it was important to select an individual who was experienced within the Division.

“Lieutenant Clark possesses the education and experience required of the position, but what really sets him apart is his dedication to the Hilliard Division of Police. He’s a hometown guy,” said Chief Woods. “He is trustworthy, caring, committed and well-connected in the Hilliard community.”

Clark began his career with the Division of Police as a police officer in 1994 and has served in a variety of positions in both the patrol and investigations bureaus. He was promoted to sergeant, a first-line shift supervisor, in 2002, and in 2012 was promoted to lieutenant, commanding the bureaus.

As Hilliard’s Deputy Chief, Clark will serve as second in command of the entire Division as a member of the administration.

“I’m fortunate to have spent nearly 30 years with this organization serving the Hilliard community. Hilliard is home,” said Clark. “I’m tremendously proud to wear the HPD badge and look forward to leading the organization as we keep Hilliard a wonderful and safe place for our residents and visitors.”

Clark has earned an associate degree from Columbus State Community College and a bachelor’s degree from American Military University — both in criminal justice. He is a graduate of the Certified Law Enforcement Executive (CLEE) school and the Police Executive Leadership College (PELC).

Additionally, he is a member of the FBI National Academy’s 272nd Session in 2018.

A U.S. veteran, Clark served as a military police officer in the U.S. Army Reserves from 1990 to 1992. He and his wife, Vicky, raised their four children in Hilliard. Their hobbies include spending time with their six grandchildren.