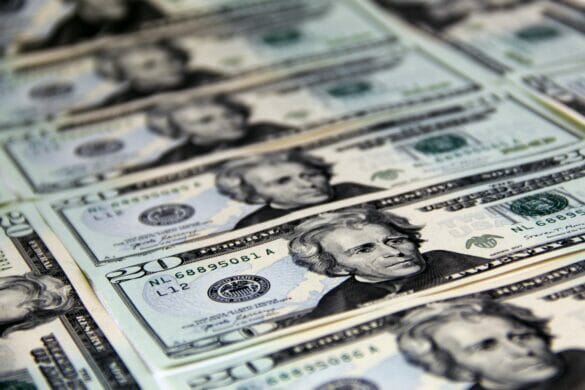 Fraud Alert: Protect yourself and others from scams

Scammers have a lot of tricks to steal your money, from pretending to be your family member to taking advantage of data breaches. The Hilliard Division of Police reminds residents to protect themselves from scams by spotting imposters, being skeptical of free offers, and keeping their private information to themselves.

“Residents may have already heard of some of these scams, but it never hurts to have a refresher,” said Chief of Police Robert Fisher. “The best advice we can give is a reminder to stay vigilant to protect yourself, your friends, and your family.”

The following are actual scams that have been reported to HPD by area residents in just the last few weeks.

The Grandparent Scam — A 78-year-old Hilliard man received a phone call from an individual claiming to be his grandson. The “grandson” said he and a friend got in trouble the night before and needed $10,000 for bond. When the victim called the provided phone number, a man claiming to be a Cincinnati police officer answered and instructed him to withdraw the cash and send it through a courier. After this, the victim was contacted and told another $3,000 was needed due to medical expenses. This time, the victim was instructed to purchase Target gift cards, specifically at a Lowe’s store. When the victim went to Lowe’s, several employees questioned him, thinking he was being scammed. After these conversations the victim reached out to the Cincinnati Police Department directly and realized it was a scam.

Sending money transfers or gift cards (or providing the gift card numbers) is like sending cash: Once the money is gone, you can’t trace it or get it back. Anyone who insists that you pay by gift card is always a scammer.

The Make Easy Money Scam — A Hilliard woman told police she found an advertisement on Instagram for an investment opportunity. She provided her bank account information. The offenders sent fraudulent checks for her to deposit into her account, and then made withdrawals. She was scammed out of thousands. During these difficult times, it is easy to imagine our financial problems disappearing, but be wary of anything that sounds too good to be true. It probably is! Due to COVID-19, you may be looking for ways to make money without stepping foot outside your door. Maybe you saw an ad online for a business coaching program you can do from your living room. Or maybe you got a call about getting paid to stuff envelopes from your dining room table. While these might look like easy ways to earn quick money and stay safe at home, most of these jobs are scams.

The Sweetheart Scam — A 68-year-old Hilliard woman reported she had been scammed out of more than $25,000 through an online relationship that started on Google Hangouts. Over the course of seven months, the victim said she only interacted with the individual via text messages – no phone calls or video calls. The victim said she sent the money via the Cash Out app because the individual said they needed financial help with a failing business.

In a typical Sweetheart Scam, the scammer strikes up a relationship to build trust before requesting money. Seniors are often targeted, though anyone can fall for a trick because it’s nice to have someone to talk with. The growing popularity of convenient and easy-to-use mobile money transferring apps, such as the Cash Out app, also increases the prevalence of these scams. According to the Federal Trade Commission, more than 21,000 people reported falling victim to these scams in 2018. Remember to be wary of strangers online, and never give your personal banking information to someone you don’t know.

The Realty Scam — A Hilliard couple was in the process of buying a home. They received an email that appeared to be from their title company containing instructions about how to proceed with their closing, which included wiring money. Shortly, after they received a second email from the title company — but this time with a different address — including similar instructions. After the couple sent a wire transfer for more than $100,000, they learned the first email had come from a fraudulent account.

If you or someone you know in Hilliard believes they have been the victim of a scam, please report it to police by calling (614) 876-732.