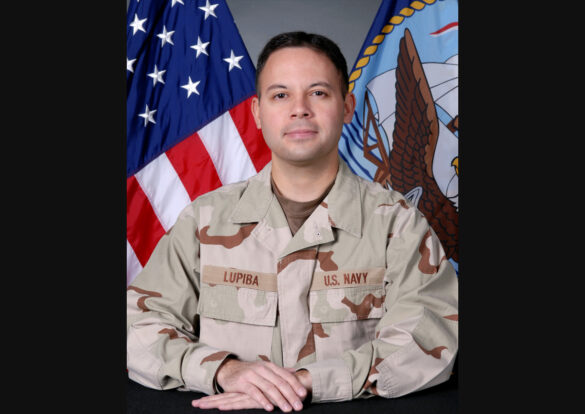 Posted September 19, 2022 in Your Community by Mary Smith

The Ohio Department of Veterans Services has included a Hilliard resident among its 20 members of Ohio Veterans Hall of Fame Class of 2022.

Pete LuPiba was included in the Class of 2022 for his work founding and driving forward the Purple Star School Award program in Ohio and beyond. LuPiba and his wife, Jennifer, moved to Hilliard in 2020 to raise their five children.

The Purple Star School Award program includes more than 470 Ohio schools in 42 states. Purple Star Schools support military-connected children as they relocate to new schools due to a parent’s change in duty station. The US Department of Defense says Purple Star Schools are No. 4 in their top 10 Quality of Life Issues impacting service members and their families.

Hundreds of thousands of the 1.1 million military kids in the United States have benefitted from LuPiba’s efforts. Of those, 35,000 are Ohio students. Because these students move so often for their parents’ deployments, they can be particularly at-risk and vulnerable academically. This program works to ensure these students can overcome any challenges caused by this mobility and get the best possible education.

Hilliard Davidson is among the schools boasting the honor of being a Purple Star School status.

LuPiba is a United States Navy veteran and veteran of Operation Iraqi Freedom. He is the current Deputy Director and Director of Communications at the Ohio Office of Budget and Management.

His lengthy list of achievements includes serving as Ohio Commissioner for the Military Interstate Children’s Compact Commission, creating and organizing the first-in-the-nation all-state Military Signing Day with Ohio Department of Education, creating the first-in-the-nation education license fee elimination program for veterans with ODE, and co-founding and serving as an Executive Board Member of Ohio Veterans United.

LuPiba and the other 19 inductees will be honored for their accomplishments and achievements at the 31st annual Induction Ceremony in November for their post-military service. The inductees represent 15 Ohio counties and four branches of the U.S. Armed Forces.

The Class of 2022 was chosen from among 87 nominations. This year’s class joins 932 Ohio veterans who have been inducted since 1992 and represents all eras, branches of service, and walks of life.

The Ohio Veterans Hall of Fame was established in 1992 by former Gov. George Voinovich to recognize the post-military achievements of outstanding Ohio veterans. Charter members of the Hall of Fame’s Class of 1992 include the six Ohio veterans who were elected President of the United States as well as Medal of Honor recipients from Ohio. Honorees of the past 30 years include astronauts, entrepreneurs, volunteers, community leaders, safety officers, veteran advocates and government officials. The members of the Ohio Veterans Hall of Fame are honored in a permanent display near the Ohio Statehouse at the Vern Riffe Center for Government and the Arts, 77 S. High St., Columbus, Ohio.