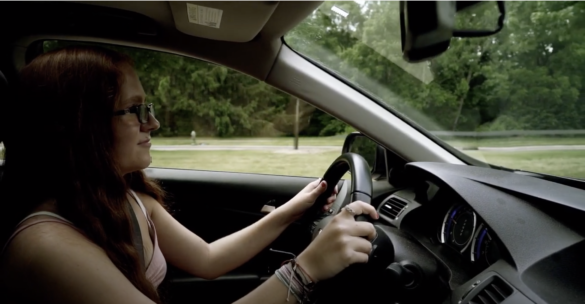 Summertime is the season many teens spend more time driving. It’s also the most dangerous time of year for teen drivers. That’s why school resource officers at the Hilliard Division of Police and Dublin Police Department are partnering to provide safety tips.ilHH

According to studies, the “100 deadliest days” is the time between Memorial Day and Labor Day. Those 100 days are when teen driving fatalities are at the highest in the U.S.

“We want our teen drivers to remember the importance of making good decisions on the road and not driving distracted,” said HPD Officer Gleason, who serves as Hilliard Darby High School.

The number one killer of young people in the U.S. is car crashes. From 2008 to 2018, 8,300 people died in car crashes involving teen drivers in the country. Teens are also three times more likely to be involved in a fatal crash than adults.

“But teen drivers can go from being a statistic to being strategic with some simple actions,” said DPD Officer Burks.

Many of these fatal teen driving crashes are the result of poor decision-making and high-risk situations, such as nighttime driving and having young passengers in the vehicle. Passengers are dangerous distractions to inexperienced drivers, so teens should limit who is on the road with them. A teen’s crash risk doubles with two passengers under 21 and quadruples with three or more passengers under 21, according to studies.

The vast majority of crashes are related to driver inattention, with cellphones topping the charts as the number one distraction. Drivers using cell phones are four times more likely to be in a crash. The Ohio Bureau of Motor Vehicles says sending a text message while driving causes a 400 percent increase in time spent with eyes off the road.

Wearing a seatbelt is the most effective way to prevent serious injuries and reduce fatalities in a crash. If you’re in a vehicle with a teen driver who holds a temporary permit, it’s the law that all occupants wear a safety belt.