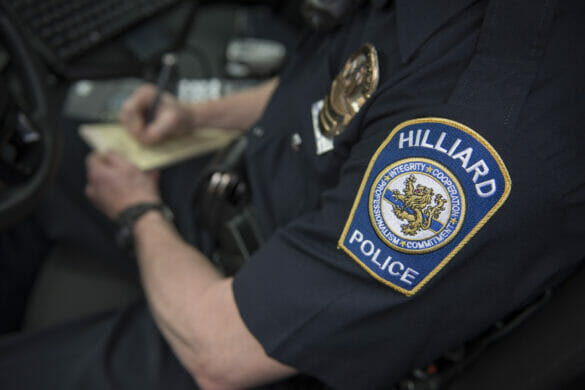 HPD urges motorists to ‘Drive Sober or Get Pulled Over’

The Hilliard Division of Police is joining with its safety partners across the nation for the 2019 Drive Sober or Get Pulled Over impaired-driving enforcement campaign.

Hilliard police officers are among tens of thousands of law enforcement officers across the United States on heightened alert for impaired drivers from Aug. 14 to Sept. 2. The Labor Day holiday weekend is one of the deadliest times on U.S. roads.

“Never drive high or drunk,” said Hilliard Chief of Police Robert Fisher. “Instead, choose a designated driver, use public transportation, or call a ridesharing service or cab to make sure you get home safely.”

The National Highway Traffic Safety Administration (NHTSA), Mothers Against Drunk Driving (MADD), the Governors Highway Safety Association (GHSA), and the International Association of Chiefs of Police (IACP) recently unveiled their alcohol- and drug-impaired driving messages: Drive Sober or Get Pulled Over and If You Feel Different, You Drive Different – Drive High, Get a DUI.

NHTSA and others have focused on educating marijuana users on the risks of driving high due to recent legalization efforts. In fact, focus groups with users of marijuana show they think they’re safer drivers after using marijuana than after consuming alcohol. Many don’t think they can be charged with a DUI for driving while impaired by marijuana.

Although drunk-driving-related deaths have fallen over the past 3 decades, they still claim more than 10,000 lives per year. In 2017, one in five children (14 and younger) who died in a crash, died in a crash involving alcohol.

Hilliard police is encouraging everyone to plan ahead, especially when celebrating the Labor Day weekend.