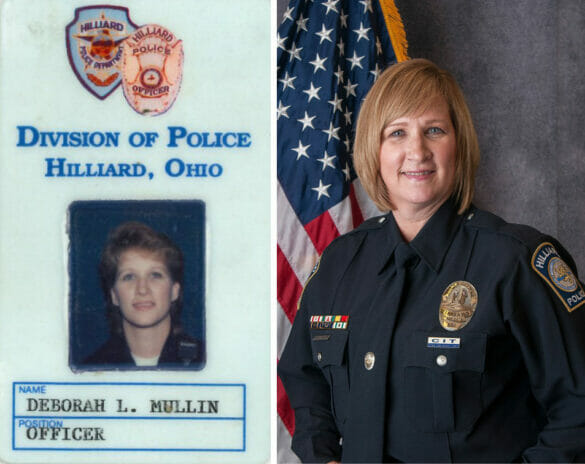 Posted May 13, 2021 in Police by Andrea Litchfield

Mullin was hired as a full-time Hilliard police officer in 1994 after spending four years as an auxiliary officer. The trailblazer dedicated her first 14 years to patrol operations. She was among the department’s first CIT (Crisis Intervention Team) officers certified to assist individuals with mental health issues.

Mullin said her strength lies in listening and amplifying her victims’ messages.

“We’re the voice, and that’s what my goal is going to be. It will always be the voice for that child,” said Mullin. “I will go full-throttle for these victims, because it’s tough to come forward for something like that.”

Additionally, Mullin was trained as a hostage negotiator and awarded the prestigious master criminal investigator’s certification.

Sgt. Suzanne Muraco has worked alongside Mullin for most of their careers and recently served as her supervisor. She said the agency and the community are better because of Mullin’s work.

“She always went the extra mile for people —especially those who were victims,” Muraco said. “If any victim called her — even years later — just to ask a question or ask for advice, she would take the time to talk to them and make sure they knew they were being heard by someone who cared. I hope to carry that on.”

During recent years Mullin was named a Franklin County ‘STAR’ of law enforcement and was also a finalist for the NBC4 Remarkable Woman of Columbus Award.

Mullin retired as a sworn officer in January 2021 and took on the civilian role of property manager. Due to pandemic restrictions, her retirement recognition ceremony was delayed.