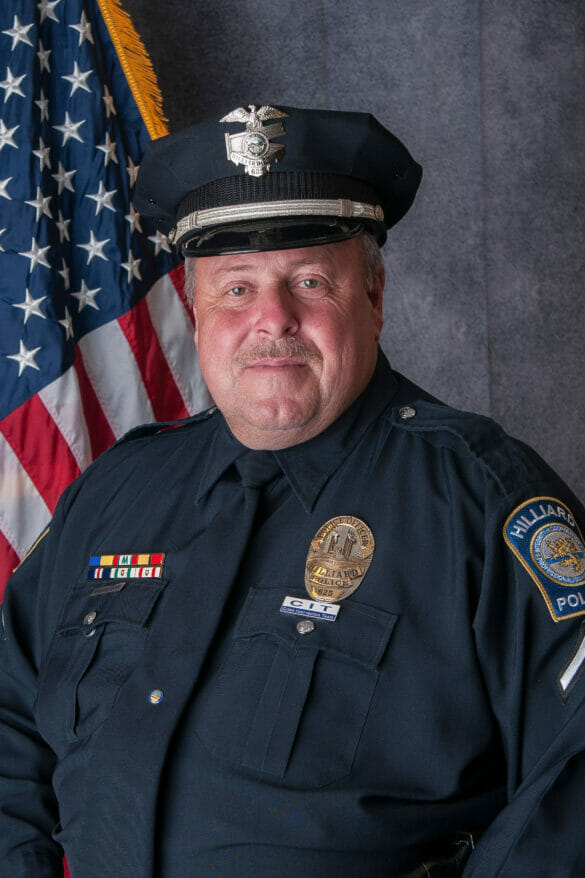 A longtime Hilliard police officer who has served as a mentor to many others was recognized as a “STAR” of law enforcement Friday, Oct. 11.

Officer Mike Deaton received the recognition at the Franklin County Law Enforcement Recognition Dinner. He was nominated for the award by Hilliard Chief of Police Robert Fisher.

The officers recognized for the “STAR” award should be the epitome of a law enforcement officer, according to the Franklin County Sheriff’s Office. The officer should be of high ethics, good character and go above and beyond for the residents within their jurisdiction and Franklin County.

Officer Deaton has been a full-time officer with the Hilliard Division of Police since 1998.  Prior to serving full-time, he was an auxiliary officer for four years. Officer Deaton also served as a part-time firefighter/EMT for the Norwich Township Fire Department from 1992 until his full-time position with the police department.

Officer Deaton has served in a wide variety of positions during his tenure at HPD, including as a school resource officer at Hilliard Darby High School, where he established enduring relationships that results in his students approaching him even to this day, said Chief Fisher.

He has also led the agency’s Police Explorer program, influencing countless high-school-aged explorers with his easy-going charisma and keen sense of humor. The explorers in his care have gone on to a wide variety of police-related careers, Chief Fisher said.

Recently, Officer Deaton was selected as a Field Training Officer, which allows him to mentor newly hired police officers. He was also named a Designated Officer in Charge, which entails acting as the patrol supervisor in the absence of a sergeant.

Sgt. John Higgins, Deaton’s supervisor, said he is someone who has earned a reputation as a hard worker with a good attitude.

“I can attest to Officer Deaton’s high work ethic and his outstanding reliability to handle calls for service from the mundane to the extreme,” Higgins said.

This is the third year Franklin County Sheriff’s Office has hosted the recognition event.