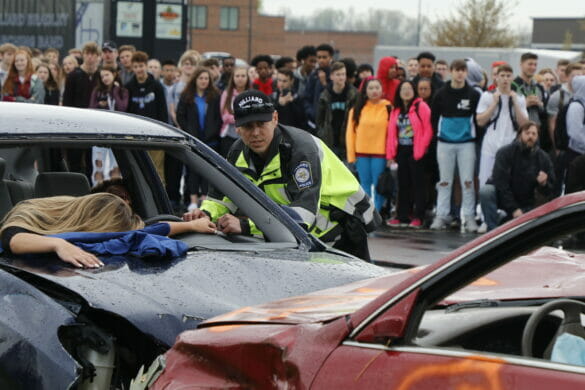 Flashing lights and sirens deafened the air as students looked on at the aftermath of a fatal head-on car crash involving their classmates.

But fortunately, no one was actually hurt or killed at Hilliard Bradley High School on Thursday. The accident was a mock crash presented to juniors and seniors in the days leading up to prom season reminding them to never drive impaired or distracted.

Four student actors wearing make-up participated in the scenario, in which one student “looked down for two seconds to change the song” and caused the crash. Disoriented and panicked, the “driver” called 911. Soon after, police and fire crews arrived and extracted the other students from the wrecked cars as the student body watched.

The scenario was organized through the partnership of Hilliard Division of Police, Norwich Township Fire Department and Hilliard City Schools. Planning began in December.

Students were encouraged to make the Prom Promise: Never drive drunk or distracted, and call out friends when you see them making bad choices. Parents should also talk with their children about making good choices while behind the wheel.

“We hope this was an impactful event for the students who watched real First Responders in action,” said Police Chief Robert Fisher. “This is an important message throughout the year, but especially during this busy time of year when students are traveling to functions and celebrating prom.”

Fire Chief Jeff Warren said the scenario was not about education, but about motivation.

“Drivers already know what they should be doing,” he said. “We want to motivate them to make those smart choices: Just drive.” 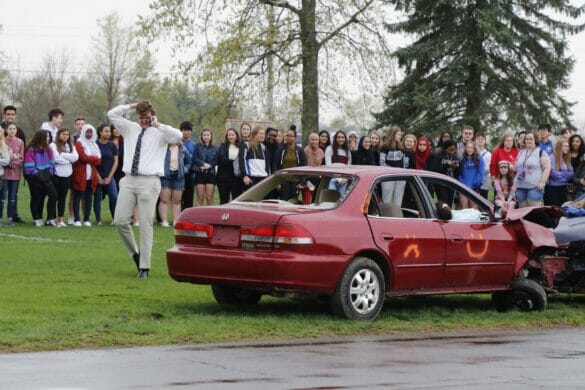 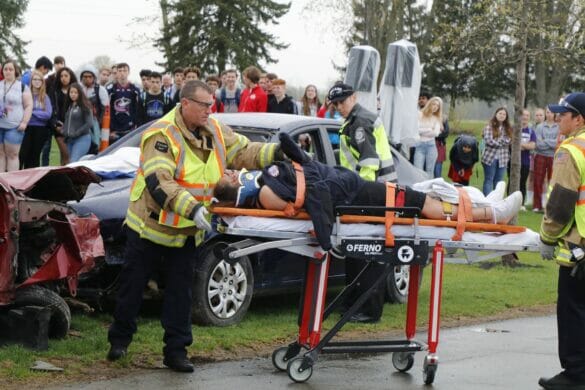 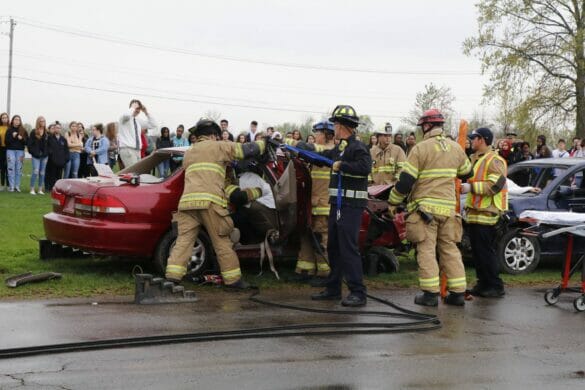