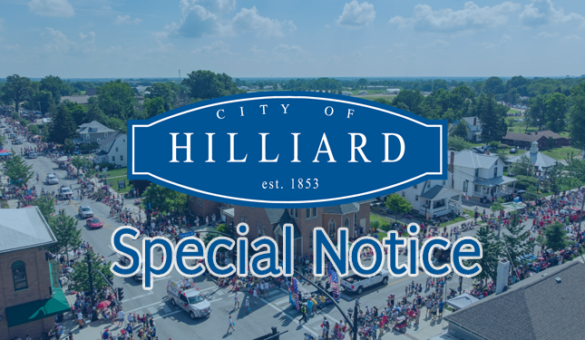 Hilliard City Council and former City of Hilliard Assistant Director of Recreation and Parks Heather Ernst have reached a $350,000 settlement in the civil suit tied to Ms. Ernst’s theft of public funds.

The City also has received a total of $199,000 from its insurance company, Argo Group. When combined with the dollars recovered directly from Ernst, approximately $401,000 has been recovered on behalf of Hilliard.

According to Christopher Burch, special legal counsel to Hilliard City Council, Ms. Ernst has agreed to repay Hilliard $350,000. She will be credited approximately $162,000 from her Ohio Public Employees Retirement System pension that already has been recovered and approximately $40,000 in personal assets belonging to Ms. Ernst and her husband, Moses Ernst. Those assets will be turned over to Hilliard soon.

Moses Ernst is also a party to the settlement, but neither this settlement nor the original criminal findings against Ms. Ernst place culpability for the thefts on him.

“This settlement benefits Hilliard by avoiding significant additional litigation costs associated with going to trial, while at the same time continuing to hold Heather Ernst accountable for more than the amount that she has pled guilty to stealing,” Burch said.

“This settlement closes another chapter in this story and is key to fulfilling promises Council made to our community,” said Council President Andy Teater.

The only ongoing legal proceeding associated with Ms. Ernst’s thefts is a civil suit filed against Hilliard’s previous auditing firm, Clark, Schaefer Hackett & Co. That suit alleges the company failed to identify material weaknesses in the City’s cash handling policies that could have prevented the theft of significant funds by Ernst over a period of several years.

“City Council will continue to keep the community updated on the status of the civil suit proceedings and our efforts to work together with the City Administration to ensure taxpayer funds are secure in the future,” Teater said.