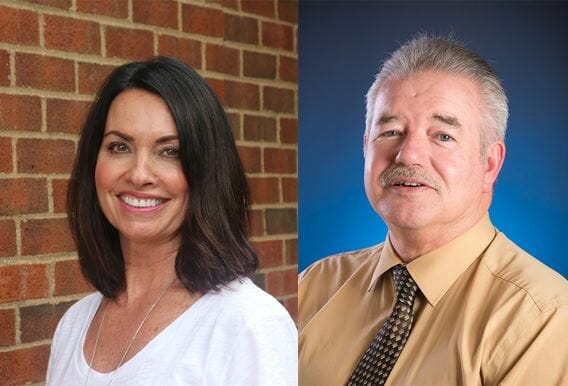 Two of the City of Hilliard’s longest-serving staff members are retiring at the end of July.

Zoning and Code Enforcement Officer Candy Thomas began working for the City as a secretary in April 1990, then became deputy zoning officer in July 1990, and zoning enforcement officer in 2004. She retires July 31 with more than 30 years service with the City.

Thomas plans to fill her time with family, including her grandkids, as well as travel (once it’s safe), yoga, working out, cooking, and other activities, but she says she will miss spending time with her City of Hilliard family.

“I’m going to miss everyone,” she said.

Candy recalls starting the job at a time when technology was a little less prevalent in the workplace.

“We didn’t even have a computer when we started,” she said.

Facilities Manager John Hall joined the City in May 1994. When he retires July 31, he will have more than 26 years of service with Hilliard.

Hall began work as a construction inspector in 1989, became deputy service director in 1994, and served as director of Lands and Buildings starting in 2010.

Best wishes on your retirements, Candy and John!