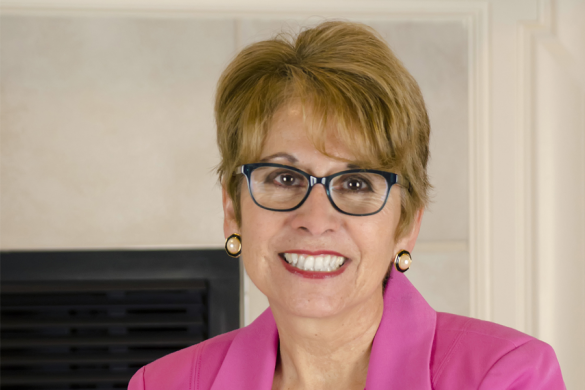 Cynthia Vermillion will be sworn onto City Council for her first term at 6:30 p.m. Monday night, Jan. 6.

She believes effective local government agencies must take steps to involve community residents, seeking their ideas and input, and that bold steps are often necessary for the betterment of a community.

Ms. Vermillion is a first-generation American who was raised in San Diego, California, by parents who taught her the importance of hard work. Her father started a small wrought iron furniture manufacturing plant in Tijuana, Mexico, while her mother stayed home to take care of her and her three older siblings.

In 2004, Ms. Vermillion, her husband, and four children – Rebekah, Sarah, Christian and Madeline – relocated to Hilliard.

In 2014, she and her husband became involved with a group that fed the homeless of Columbus every week. In 2015, they were asked to lead this activity, which they did on a bi-weekly basis for almost 2 1/2 years, serving up homemade meals and gathering donations of blankets, clothing, and other supplies. She believes this service has been one of the most rewarding and eye-opening experiences of her life.

Ms. Vermillion received her Bachelor of Science degree in Telecommunications and Film from San Diego State University. She works for Coldwell Banker King Thompson as a licensed real estate agent.

She serves as chair of Progress Hilliard, a local progressive group and is vice president of PFLAG (Parents, Families and Friends of Lesbians and Gays) Columbus. She has been a member of Columbus Board of Realtors since 2015.