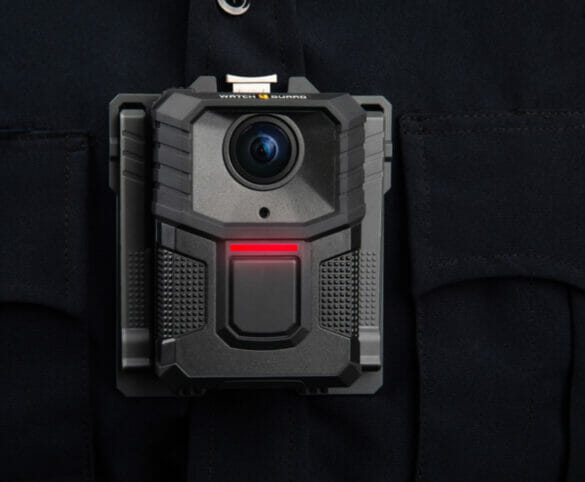 The City of Hilliard Division of Police will receive $58,830 in grant funding from the State of Ohio for expenses associated with launching its body-worn camera program.

The announcement was made Monday by the office of Ohio Governor Mike DeWine.

Hilliard Chief of Police Eric Grile said he was excited to learn of the grant.

Every sworn officer will be assigned a camera, Grile said. The cameras are expected to be implemented mid-year.

Hilliard City Council previously voted to fund the program in the City’s 2022 capital budget. With grant funding awarded, the City’s general fund will be partially reimbursed for the cost.

The cameras will be attached to the front of the officer’s uniform and capture views in the direction the officer’s body is facing. Additionally, the cameras are expected to seamlessly integrate into the Division’s existing built-in cruiser cameras.

Officers can also engage the cameras manually at any time.

The Division is one of 109 local law enforcement agencies in Ohio awarded more than $4.7 million in grant funding through the program.

Of the 109 local law enforcement agencies receiving grants, 49 will use funding to create new body-worn camera programs. The other 60 agencies will dedicate funding toward expanding or upgrading existing technology. In total, this funding will help agencies purchase around 1,700 new body cameras, as well as computer equipment, software, video storage, and more.

Editor’s note: Grant figures in this story have been updated to reflect a change in information provided by Gov. DeWine’s office.