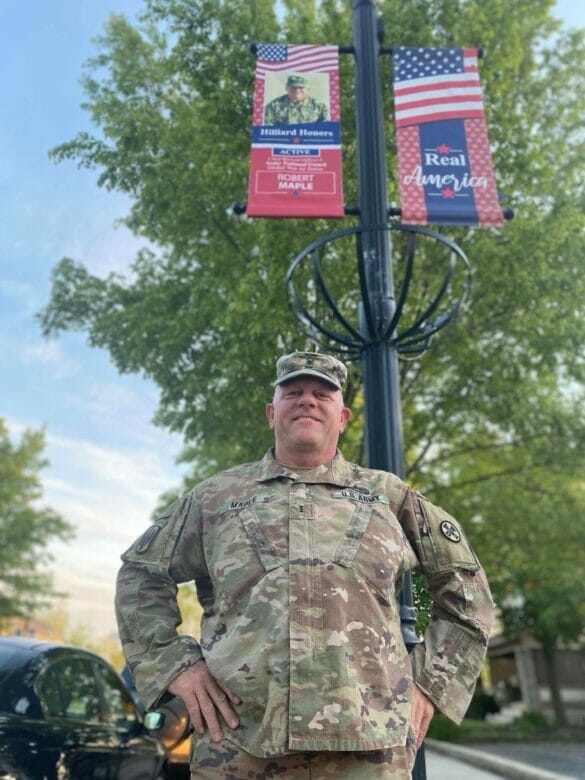 ‘Hometown Heroes’ to be Recognized on Memorial Day

The Hometown Heroes banner program is a partnership with Hilliard Davidson High School that allows family members of any current resident or former Hilliard City Schools student who has served or who currently serves in the military to buy a banner to be displayed in Old Hilliard around select 2021 patriotic holidays.

Featured (and non-featured) military members and their families who would like to participate should send a photo to the City via Facebook messenger that includes the military branch and years served by Thursday, May 27 at midnight.

All entries will be featured on the City’s social media pages on Memorial Day, Monday, May 31.

Thank you to Warrant Officer Robert Maple who inspired this campaign. This is Robert’s 23rd year serving in the military and he recently returned from Kuwait. Robert has participated in: Operation Iraqi Freedom, Operating Enduring Freedom, Operation Spartan Shield, Operation Inherent Resolve, and Operation Freedom Sentinel. He is a proud father to two sons who graduated from Davidson High School.

More information on Hometown Heroes can be found here.